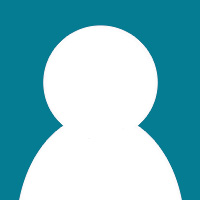 Smart-Analyzer
Reimbursement for Contract Payments After Leaving Germany
Dear Vodafone,
I am in communication witth one of your Customer Advisors, xxxxx, who works at xxxxx location since January of this year. He is helping me communicate with customer service given the length of time it has taken for you to respond to me.
I have been in communication with Vodafone/Deutsche Kabel since last year in August 2018. Either there is a lack of willingness to respond or there is a severe lack of understanding for what I am asking which is to be reimbursed for services not used since September 5, 2017. Please confirm that you understand my request and that Vodafone understands my request.
This is a request for which I am asking since 8 months.
When I submitted this request I was told that what I needed was to let Vodafone know that I was moving; this had been completed. At the time of my departure, I was not told of any requirement for the Abmeldung.

As per my initial request, I had indicated that I wanted to cancel my contract in September 2017 for my mobile/tablet device, Kabel and Internet for services not used because I moved from Hamburg, Germany. This request to cancel and stop payment for a mobile device, Internet and Kabel was submitted to one of your colleagues in a Vodafone store next to the Gaesemarkt U-Bahn station in Hamburg. I am submitting the following document as proof of my departure from Germany in September 2017.

, I am asking to be reimbursed for monies paid for Kabel and Internet services which were not used due to the fact that I submitted this request, I had moved from Germany and that these services were not used by anybody else.

I have attached my Abmeldung for your review and reference. I am unable to provide with any additional documents given that your system only allows me to upload exactly one.

Review my mobile and internet billing from September 2017-December 2018. I am requesting to be reimbursed for services not used for Internet based on the initial request put into the system on September 5, 2017.

Review my Deutsche Kabel billing from September 2017-December 2018. I am requesting to be reimbursed for services not used based on the initial request submitted on September 5, 2017.

What are next steps? When will Vodafone be in communication with a response? I have been waiting for over 8 months for a proper response and I would like to get this resolved asap.

At first: This is a customers-help-customers-forum and not a direct way to communicate with Vodafone. You may wait until one of the Moderators answers here because only they have insight into your customer profile. Same applies for any kind of legally binding requests - they have to be made through one of the official contact ways.

I think you are much too late for your request. And as the Abmeldung you attached is created in February 2019, I doubt it'll even be possible to fix the of your cancellation request back to September 2017. Especially because the Abmeldung states an official leaving date of Feb. 19 (that's why it's so important to get these kind of papers within the 14 days period required by law).

Stephan
Moderator
Re: Reimbursement for Contract Payments After Leaving Germany

we can take a look at it for you. But I can't guarantee that we can still help you.

For a closer look I need some information from you. Please send me a private message with the following information:

the link of this thread

Please reply here when you have sent the private message.

thanks for the pm with your data.

We did not receive a cancellation for your cable internet connection in 2017 and also no de-registration for your German address. Therefore the contract could not be terminated prematurely because of moving abroad.

There will be no refunds from September 2017 until the end of the cable contract. I'm sorry I don't have any better news for you.

This answer concerns only the cable Internet connection. It seems that you have already received an answer to your mobile phone contract. If you have any questions, please open a new thread in the mobile section of our forum.

Because only if you provided all the necessary details at that time -AND- requested a premature cancellation due to moving back, it would be possible to check if the cancellation request has been processed in the right way (besides that you didn't provide proof of movement by official documents). But as Stephan already said, it might be not possible to do anything about reimbursement as you are much too late (if it would be early in 2018, it'd be easier -- but it's far too late for your movement in 2017 to be re-adjusted after more than 1.5 years).

Thank you for your repsonses.

Please note that I was not add exactly one document when I first started my thread.

Attached is the document which I submitted on September 5, 2017 to your Vodafine store.

In this document, I am requesting the cancellation of internet, cable and data for a tablet which I had.

I shall also send you another document which is a letter from my landlord.

Please note that these documents had already been sent to Deutsche Kable months ago in Auguat 2017 to impressum@vodafone.de. When I reached out to them I received little help.

Please find the letter from my landlord confirming my departure from Wohnung.

The problem is: You've only cancelled to the next possible date - that was December 2018.

You did NOT mention in your cancellation that you would move to Canada.

Therefor your cancellation was processed correctly (as @Stephan already mentioned) - and your contract ended as you requested in your cancellation - at the next possible date, which was at that time the end of the minimum contractual term (December 201

And the letter from your landlord is not enough as it is neither an official document (deregistration letter) nor does it state where you moved to. If you would've moved to another location where your contract could've been fullfilled by Vodafone, the contract would have moved to that new location and you would not have had a right for a premature cancellation. That's why the official documents are needed - and as you've only got the official deregistration in 2019, it's much too late.

By the way: Even if you would've provided the official deregistration earlier, the 3 months period would've started from that date on (as your initial cancellation request did not state that you'd move to a location that cannot be served by Vodafone). So in either case, you are much too late -and- your initial cancellation did not provide the necessary Information for Vodafone to even assume that your letter is a request for a premature cancellation in any way.

And before you even consider hiring a lawyer: He'll tell you the same that Stephan and me were telling you. Your initial cancellation did not provide any details needed for Vodafone to recognize your cancellation request to be a premature one - but he'll definitely ask for money to tell you that.